A Little About me 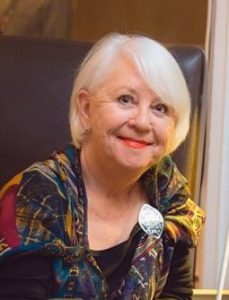 I grew up on a farm and was fortunate to live under one roof with my extended family of grandparents, parents, and us offspring. My grandmother had a treadle Singer sewing machine as did my mother. My grandmother’s Singer was the first to provide me a test drive when I was about seven years old and, I was hooked! Later on, my mother acquired a brand-new Pfaff machine.  It was electric and my loyalties inevitably shifted. Years later my skills would clothe myself and my two small children.  I remember being complimented and told I looked as if I were stepping out of the pages of Vogue magazine!  I did look good in my little Chanel-like suits.

I also fondly remember my little girl taking the lead in the school play in 1973.  My son too had to be a Roman Soldier, a Merry Man of Robin Hood and once, even The Tree of Knowledge in various school performances. Many nights were spent constructing the costumes and props, burning the candle at both ends.

Yes, I am proud of my sewing heritage and what it has helped me contribute to my growing family when money was tight.

Children grow up and things change.  Clothing stores became the order of the day and I developed a taste for paints and brushes around my forties. This new taste developed into something far bigger than I expected. I retired from 9 to 5 work and started running a small gallery and framing business from my home in Randburg, South Africa. This lasted for more than ten years whereupon my then retired husband and I decided to relocate to Cyprus, The Island of Love and birthplace of Aphrodite.  I have called this delightful place HOME since March 2001.

My love for the arts was put on hold for a while but it wasn’t long before it bounced out of its hiding place. Joining the then newly developed Open Studios, I was in my element and sewing was on the back burner for a while.  The first open studios project came to a halt in 2011 and many artists were devastated. Well, something had to be done. In 2015 I started up my own open studio project, new management, new process. Once again, I loved what I was doing but alas… this is a small market for art and Cyprus Open Studios also came to its natural demise in 2020.  I love to paint and always will, but it was time for something new and different.

In the meantime, my daughter Jo had also relocated to Cyprus after she said fond goodbyes to Pretoria and South Africa. We soon realised when creative people find themselves with idle hands, things are bound to hatch and grow. We soon established that there is nothing like what we had in mind in our area and we struck while the iron was hot.  Sew Cyprus was born, and the birth registered 2 October 2020.

My Jo is to volunteer as teacher and administrator. After running her own sewing school for 11 years, she has earned her stripes.

I wish to welcome you to my small – 4 pupils at a time – sewing school based at my art studio in Anavargos, Paphos.

The 10th of March 2021 marked the day of the first ever class at Sew Cyprus.

If you too would love to learn to sew, this is the place for you to go!

A Little About me 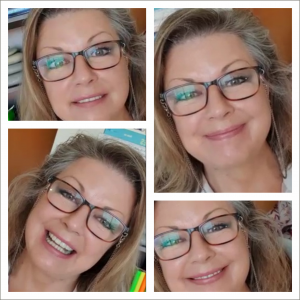 I think I even sew in my sleep…

It was in early 2006 when my son had just started high school at Pretoria Boys High School, that I was attending School Plays.  As were the girls from the sister school.  I noticed in horror that some of these girls had taken up their hems by way of sharp metal STAPLES.

Returning home later that evening I could not let the disturbing images go.  I remembered my strict teachers at school and wondered what they would say about the sad state of affairs.  This was a direct result of sewing being abolished as a school subject around 1994.

The time was right for a shift in gears as I had grown tired of my direct marketing business I was involved in for 8 years.

Remembering the answer to a question I posed to myself, I just knew what I wanted to do.

“What would I get up to do at 3 in the morning, with a smile and for no money?”

! You know what the answer was, don’t you?

My syllabus and teaching methods were developed from the Transvaal Education Department Curriculum for Agricultural Schools of many, many moons ago.  As my mother did, I was lucky to also attend such an institution.  As my mother did, I started learning early at my Granny’s knee that stitching and creating with fabric is loved and how to make the pictures in my head become wearable and useful items.

My dolls were the most fashionable on the block!

My sewing school was begun with classrooms filled with the non-paying daughters of my friends and acquaintances and others who just showed the slightest interest!   In the end, we all taught each other and by late 2006 things were ready for paying students to benefit from all the planning, experience, and enthusiasm!

For the next 11 years ladies of all ages and walks of life learned to love to sew at Sew Fabulous, Brooklyn, Pretoria.  Sadly, as life goes, the school had to close after a few life changing events.  What followed was a huge leap of faith. Locating myself in this beautiful place called Cyprus in early 2018, has been one of my better decisions.

Today, I can honestly and happily say, I am living my calling once again.

As a Volunteer to the School I receive donations ( from my mother 🤪 ) since I cannot work in Cyprus.

Still, a very privileged place to be.

Thanks Mum, for Everything!

We use cookies on our website to give you the most relevant experience by remembering your preferences and repeat visits. By clicking “Accept”, you consent to the use of ALL the cookies.
Cookie settingsRead MoreACCEPT
Manage consent

This website uses cookies to improve your experience while you navigate through the website. Out of these, the cookies that are categorized as necessary are stored on your browser as they are essential for the working of basic functionalities of the website. We also use third-party cookies that help us analyze and understand how you use this website. These cookies will be stored in your browser only with your consent. You also have the option to opt-out of these cookies. But opting out of some of these cookies may affect your browsing experience.
Necessary Always Enabled
Necessary cookies are absolutely essential for the website to function properly. This category only includes cookies that ensures basic functionalities and security features of the website. These cookies do not store any personal information.
Non-necessary
Any cookies that may not be particularly necessary for the website to function and is used specifically to collect user personal data via analytics, ads, other embedded contents are termed as non-necessary cookies. It is mandatory to procure user consent prior to running these cookies on your website.
SAVE & ACCEPT
My cart
Your cart is empty.